Megabuildings, also referred to as megablocks,[1] are mega-arcologies in the Cyberpunk universe. These buildings dominate the Night City skyline by 2077, functioning like cities within a city.

Continuations of concepted arcologies of the late 20th and early 21st centuries, megabuildings were constructed in Night City after the Fourth Corporate War - such as in the Watson Development - to house the thousands of displaced residents due to the AHQ Disaster. Each megabuilding houses approximately 128,000 at maximum, having over 8,000 apartments, with capacities of 16 per apartment. Megabuildings provide services such as residential housing, entertainment, food, and other services common in shopping mall experiences. Each apartment comes with mediacorp-promoted cable television, radio, and sensory feed access. These buildings also have rented corporate cops, although crime still remains a problem in many of them. Nomad workers are utilized in the construction of many megabuildings, up to hundreds working on one at a time.[2][1]

The new generation of post-War megabuildings were stylized after the New Harbor Mallplex, later becoming one of the main residential areas of Night City by 2077.[2]

Most megablocks can be distinguished in an aerial view of NC 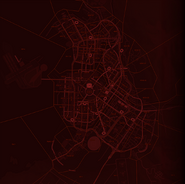 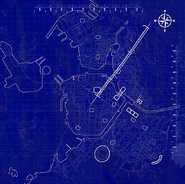