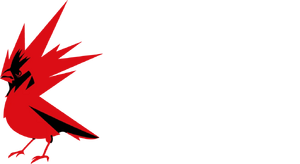 CD Projekt S.A. is a Polish computer game publisher and distributor. The company was founded in May 1994 by Marcin Iwiński and Michał Kiciński. From the beginning their goal was to publish software in the Polish market on compact discs. The company became the first Polish publisher to publish software on CDs and, for a long time, it was the only company in Poland specialising in publishing video games and educational software.

More recently, they gained international renown thanks to the Wiedźmin (The Witcher) game trilogy. Created by their development subdivision, CD Projekt RED, and based on the classic fantasy saga by Polish author Andrzej Sapkowski—the third instalment of the series, The Witcher 3: Wild Hunt, was a huge commercial success. Along with its expansions the game received countless Game of the Year awards, and is widely considered to be one of the greatest games of all time.

CD Projekt is also known in the Polish gamer community for being the first to publish fully translated international hit games, such as the Baldur's Gate saga (one of the first games fully translated into Polish, an event which became a milestone of computer gaming and publishing in Poland), Planescape: Torment (considered by many gamers as the best Polish translation of all times), both Icewind Dale games and many more. A recent major translation, widely covered by the media, was Heroes of Might and Magic V. Most of CD Projekt's game translations feature well known professional Polish actors and celebrities, such as Piotr Fronczewski, Bogusław Linda, Małgorzata Foremniak, Daniel Olbrychski and many others.