Cyberpunk 2013
Cyberpunk 2020
CyberGeneration
Cyberpunk RED
Cyberpunk 2077
Altiera Cunningham,[2] better known as Alt, was the best netrunner in Night City during the 2000s-2010s. She was described as a beautiful and talented woman; having worked for the ITS Corporation, and being the developer of the infamous Soulkiller program. Alt was also the girlfriend of the famous rockerboy Johnny Silverhand.

Her whole life changed however, when she was kidnapped by the Arasaka Corporation, whom used her to create a version of the program for them, and later becoming the program's first victim. Now her consciousness exists only as a digital ghost in the Net.

Altiera was one of those rare few geniuses who could not only run the Net, but also create new concepts and new code. She wasn't just your typical netrunner, but one of the best programmers in the world.

Like many others during her age, Cunningham spent money to upgrade her body, enhancing her beauty with the best European bio-sculpting money could buy. She also bought the neural processors and interface plugs needed to navigate the Net, and a golden cyberarm with a hidden compartment, specially designed to hold a Federated Arms X-22 pistol.

Alt was famed for her skills at seeing software development on a different level. Due to her abilities, she was poached by the mysterious ITS corporation. During her employment, she began development on a revolutionary human/AI transfer program. Alt kept investing heavily in neural processing cyberware to augment her netrunning skills.[2]

During this time she met Johnny Silverhand and the two entered into a relationship.

Fascinated by the development of artificial intelligence Alt made a breakthrough in the transfer and containment of intelligence - both AI and the human mind. The unnamed program was able to transfer the users mind into the net and explore independent of their existing body. Her employer ITS capitalized on the breakthrough and developed it further into a weapon known as the Soulkiller - Instead of transferring personalities, it imprisoned them.

On April 15th 2013, whilst leaving a concert with her boyfriend, she was kidnapped by gangers and Johnny was left for dead. The kidnappers were hired by Toshiro, who wanted Alt to recreate the program for the Arasaka corporation. While captive she rebuilt the software from memory and though watched closely she feared that Arasaka would test it on her, to prevent this she built a fail-safe to ensure that she could make her escape.

Having survived his injuries, a team led by Johnny Silverhand started a riot at the Arasaka complex, with his legion of fans. Fearing the worst, Toshiro used the software on Alt, but before he was successful she managed to fend off the attack, killing the Arasaka netrunner team and incapacitating Toshiro's bodyguard, Akira, from within the Arasaka mainframe. Johnny detonated an explosive charge which gave Toshiro the chance to disconnect Alt from her body. Johnny killed Toshiro and disconnected Alt's from the Arasaka mainframe, killing her in the process. Johnny left with her lifeless body, unknowingly leaving her digital form behind.[3]

Not long after, Alt's digital personality contacted Johnny telling him she was in Arasaka Tower, she also told him not to come after her.

Alt died in 2013, what was left behind was a digital ghost an AI stuck in Arasaka Tower. in 2023, during the Fourth Corporate War. Johnny Silverhand led another assault on the tower, hoping to rescue Alt and bring an end to Arasaka. Johnny managed to save her before he was ambushed by Adam Smasher. During a surprise ambush, Spider Murphy released Alt back onto the Net.[4]

In the years following the Fourth Corporate War, Alt set up a digital haven for the other victims of Soulkiller. It was rumored to be hidden on a server somewhere in Night City or in the great white north of Canada, but after the bioplague wiped out the population, Ghost Town was established in the ruins of Hong Kong.[2]

In 2077, Alt was still a very powerful entity on the net. A memorial niche to Alt Cunningham can be found at the Columbarium in Night City.[5] V encountered her after being forced to cross the Blackwall by Voodoo Boys; while doing so relived Johnny's memories of Alt before her physical death in 2013. The hope of the Voodoo Boys was that Alt would reveal herself to a familiar entity from her previous life.

Alt recognized the engram of Johnny's and brought him and V to a safe place behind Blackwall. She revealed that she is nothing but an image of Alt Cunningham and is not actually her. The rogue AI explains that the engram was transferred to the net during the 2013 raid. However, due to Johnny disconnecting the physical embodiment of Alt Cunningham while she was still in the net, her consciousness was split from the engram leaving her mind stuck in the net while her body and consciousness laid dying in Johnny's hands.

The engram kept the image of Alt Cunningham to keep itself from going insane as any other AI would in the net over a prolonged time, as Mikoshi didn't exist back then to protect engrams from interference.

After Johnny revealed the nature of V's goals, Alt did not see the situation as her problem. The two offered to take her to Mikoshi, which was the tech she would need. The AI explained that if they destroyed Mikoshi, she could try to create an engram of V if they were subjected to a Soulkiller program and then would transfer it back to their body. Doing so would kill V but allow the engram to be transferred back to their body allowing their brain to overwrite Johnny's engram.

If V went into Mikoshi with Alt's help:

Upon getting control over Arasaka Tower, Alt killed all employees within the area of Mikoshi and warned an elite soldier was on his way to intercept V. Alt destroyed the Mikoshi subspace and forced all the occupants to merge with her (members of the Secure Your Soul program as well as victims of Soulkiller). Once at the Mikoshi access point, she instructed V to pull in and submerge themselves so they would not fry. The AI tried to use the Soulkiller on V to ensure they were put back in their body. However she mentioned she could not repair the damage done to V's body, and that they would have six months to live. As for Johnny, the body would accommodate his psyche without issue. She asked for whoever would remain should go back with her beyond the Blackwall 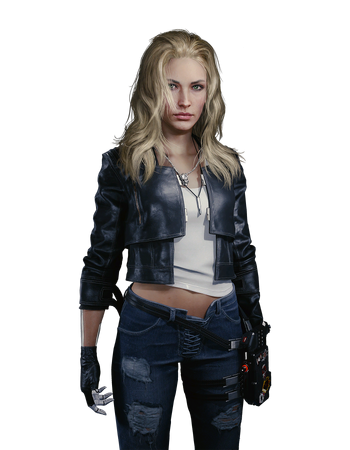 Alt Cunningham - the best netrunner in Night City, the most powerful "entity" on either side of the Blackwall and the only person who can put Johnny Silverhand in his place. Fun fact: Soulkiller was created by Alt before Arasaka stole it for nefarious purposes, forcing Alt to escape into cyberspace. Existing beyond the Blackwall has severly altered Alt's concioussness, making her more rogue AI than human. The last weak link to her past is Johnny - he and V are the ones who used the Voodoo Boys to lure Alt from out past the Blackwall.[5]