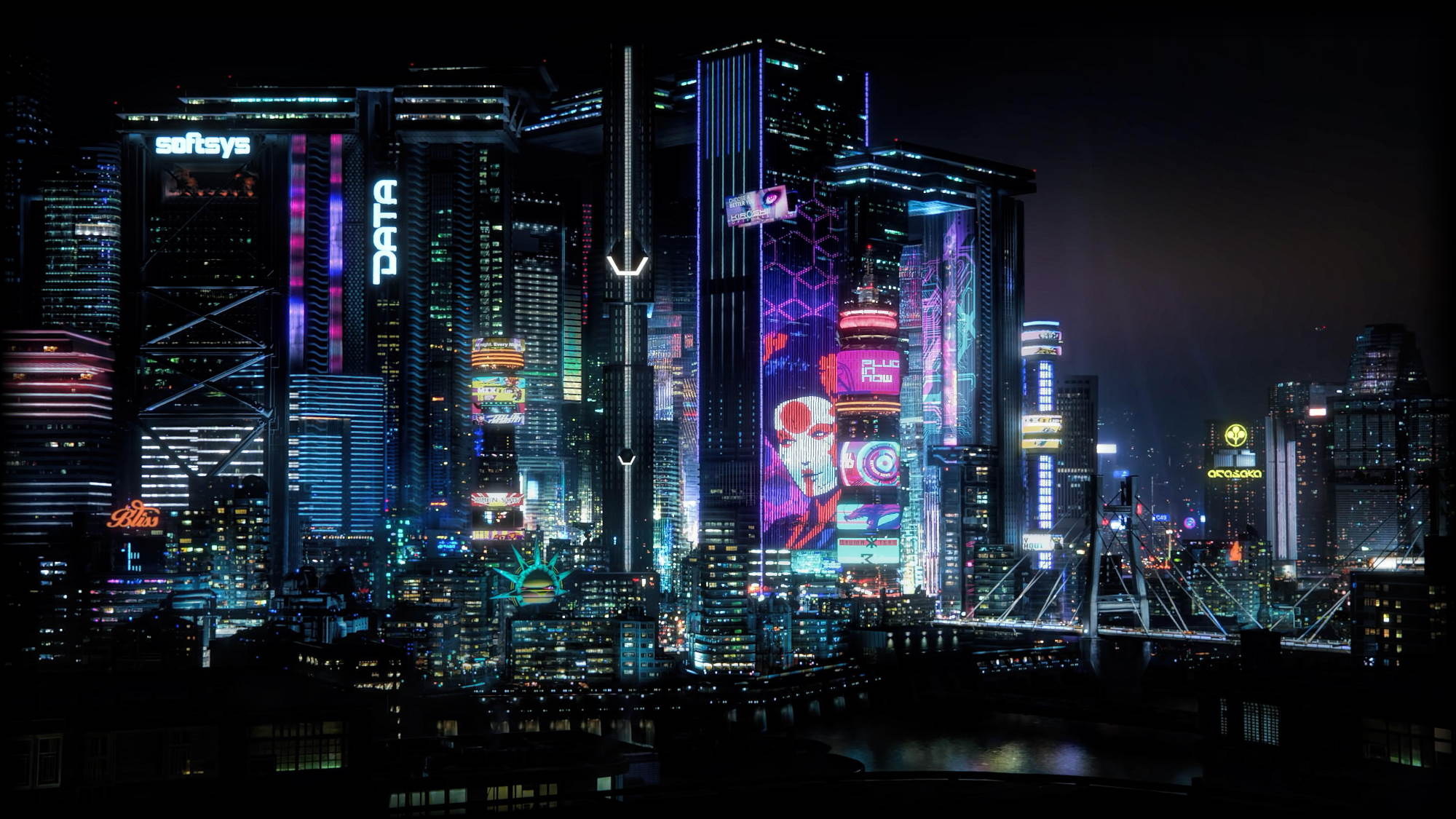 What's on your mind?

I was wonder what is a good Ghost in the shell build.

Alright! So after maybe around a year? A little less I’ve had so many dreams and nightmares on this game. I did a post awhile ago asking some questions to which some people answered (thank you) and I’ve come back to state some ideas. One of which being,

I really hope the customization is insane.

As in the cars and guns and such, I know its confirmed with guns but not so much with cars only kinda teased? I mean they did release something talking about Jackie’s car so we’ll see.

I hope the driving is so awesome

Now with this quarantine going on I’ve learned a couple things I really dig in a game. And that’s exploration and driving now I’m sure I won’t struggle exploring in cp but I hope the driving is legit, I really like driving in games.

I wonder if you can join gangs?

Now I'm sure you can be really nice and help out certain gangs just because you like them. But me personally I’d like that title of a “tiger claw member”. That’s BA.

Thanks for letting me spew out my thoughts, love this page, if any of y’all wanna throw in your ideas go ahead! Or if you wanna describe your character that’s cool too. 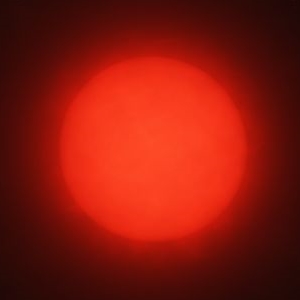 There are two different articles on this wiki, but all materials from CDPR suggest it's one gang. What do you think?

This post is locked.
I love the new look
I liked the previous feminine V design at E3
It doesn't matter because we get to design avatars 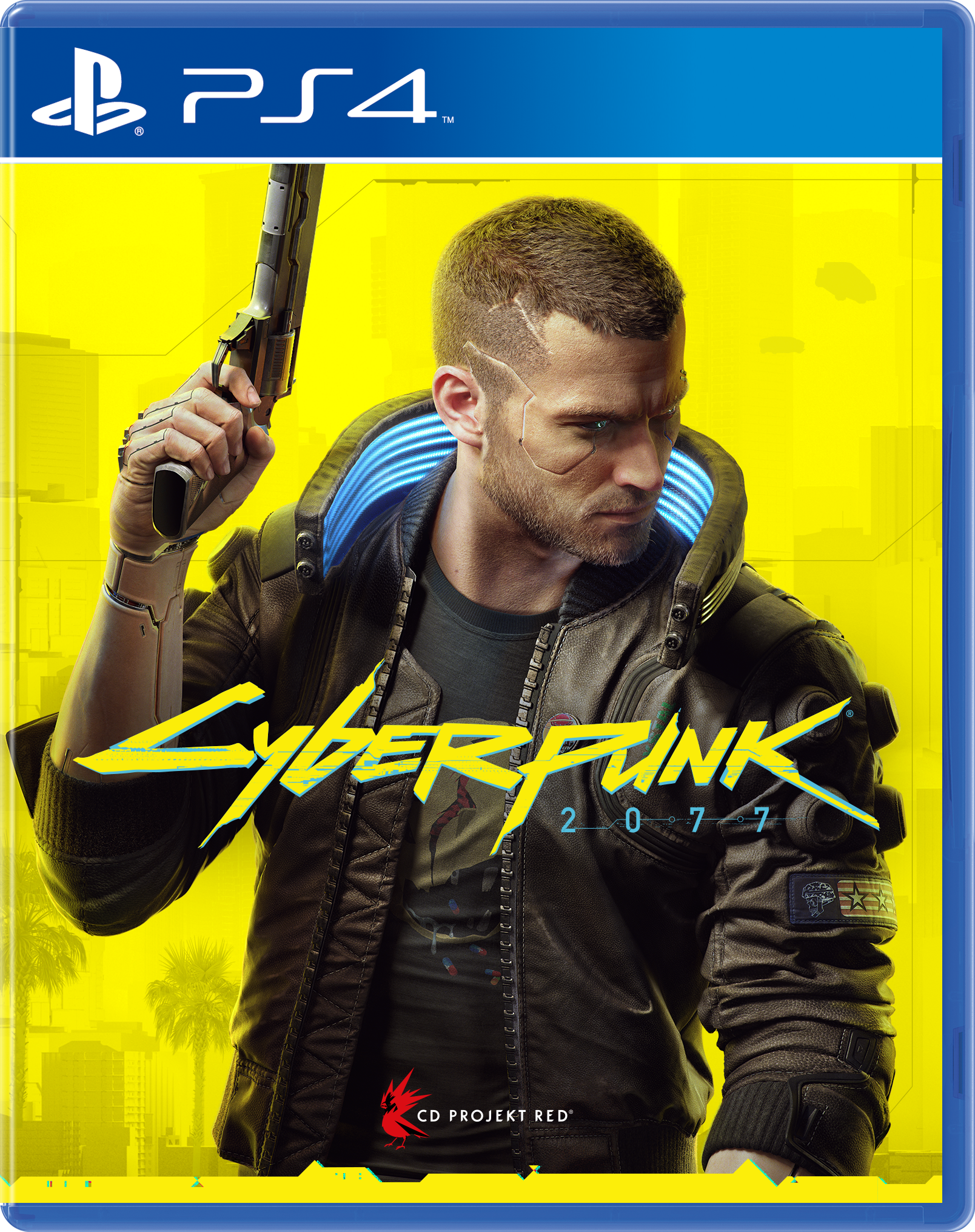 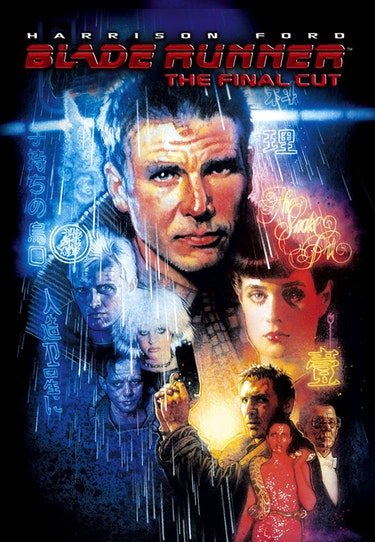 I don't think I'm alone in this but I come to pose a question to this wiki. Is the Cyberpunk 2077 art bad? I think personally it's a terrible cover, it's so boring looking. Just a guy in the front, gun up to the sky, head tilted down. It's so generic it's painful, not to mention they picked the odd choice of yellow which is not a color you associate with Cyberpunk.

I think the game with be great and all I just wish they were more creative with the cover and took more inspiration from Blade Runner which they say is their biggest inspiration. The blade runner cover is so amazing and I'd be awesome if someone in the Cyberpunk community would create a new Cyberpunk 2077 cover with blade runner in mind. And yes I know it's a marketing thing, the yellow catches the eye probably and the guy with gun thing is something westerners always want I get it. 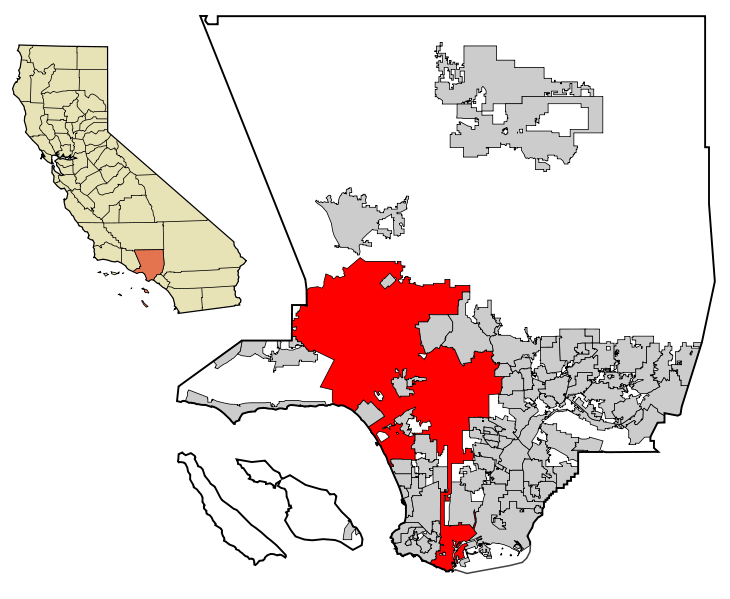 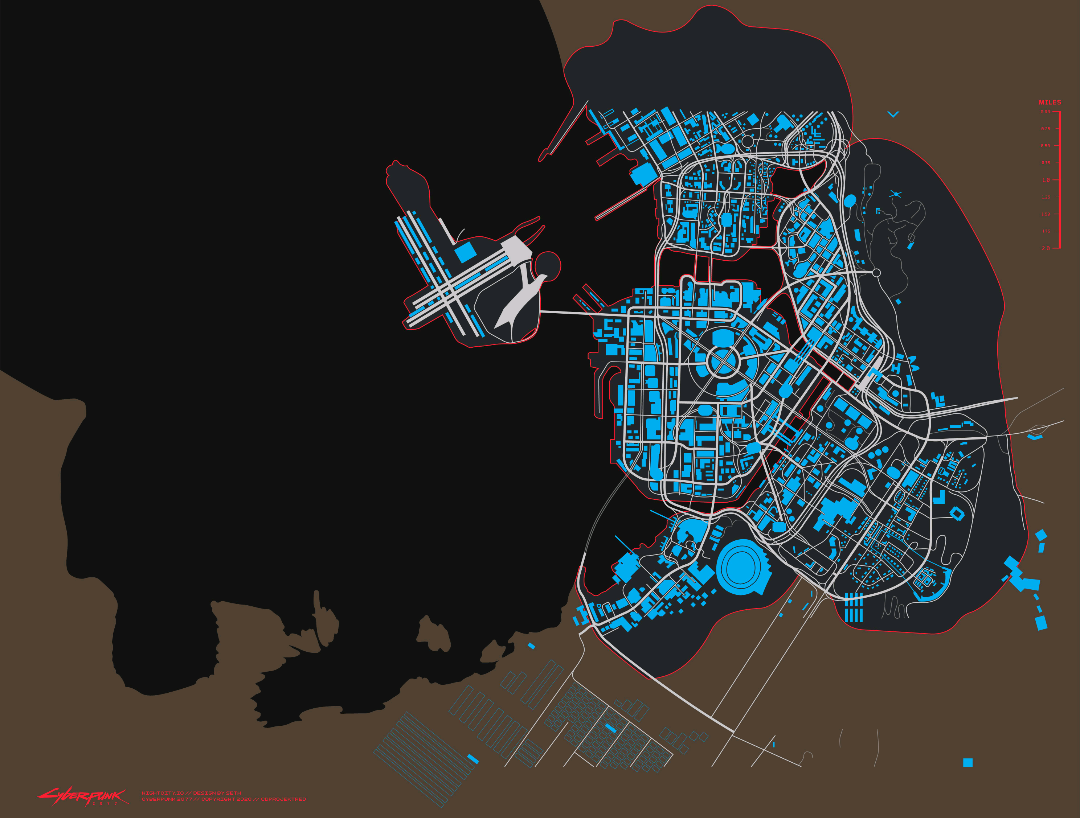 Personally I'm fine with what appears to be the "playable area" of Night City looks big enough and being able to enter all buildings and large skyscrapers as well as the metro system I assume is all a plus when it comes to gameplay. However my problem lies in the area around Night City which is completely empty.

I love urban sprawls and large Metropolitan areas I lived two big cities and visited others. One thing that's always apparent is that cities ALWAYS have smaller cities around them. In the maps above I'm showing Tokyo and LA, both I've lived in. The official Tokyo and LA cities are at the center and they're surrounded by the greater metropolitan area. Which makes sense because instead of everyone going directly into the city they build around.

Historically if a city gets popular to where everyone chooses to go to, areas are always built around it. Tokyo after becoming the business center of Japan, everybody fled to it for work, fame, and so on. Same thing with LA. Usually the BIG cities are in the center and smaller cities usually with less skyscrapers and big buildings form around it. Usually with tons of neighborhoods, this is known as the suburban sprawl and then on the very outside is probably the countryside. When you put them all together it's known as a metropolis.

Night City is the cultural center of the US now, according to the world of Cyberpunk. This means everyone from all walks of life come here, I'm assuming instead of LA or New York. So the fact that the city isn't surrounded by other cities or a suburban sprawl, just makes it feel empty. Might as well just be Manhattan, Kansas. Of course the game isn't out yet so the game will change, I just hope they add more to the background of the map to make it look more expansive for example Spider Man 2018 on the ps4, where the playable area is only on Manhattan island and the rest of New York Metropolis is just seen in the background and the menu map. 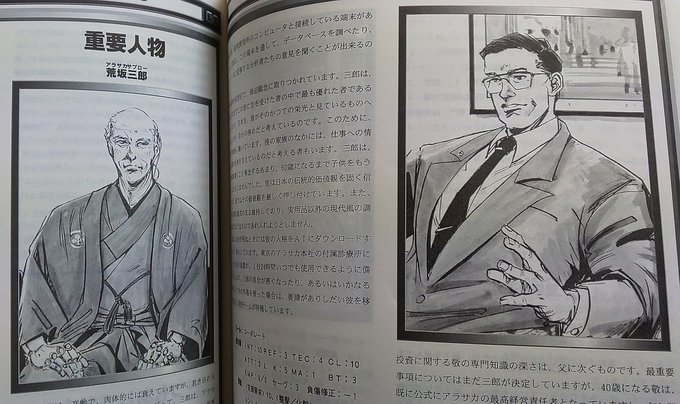 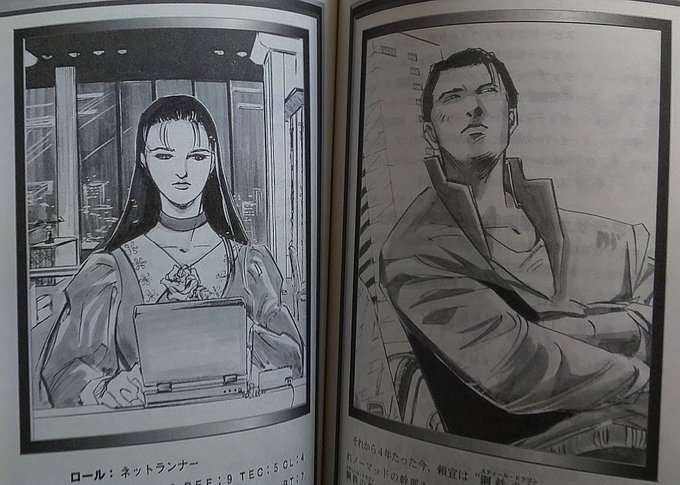 Yellow Submarine is a store here in Japan, and they published Japanese versions of a few Cyberpunk Sourcebooks. I payed no attention to it at first since I'm not fluent in Japanese so what's the point when I had the English versions already. But I took a gadder at the Pacific Rim Japanese version, known as {{サイバーパンク2.0.2.0. ニッポンソースブック 日出ずる国のサイバーパンク}} or direct translation Cyberpunk 2.0.2.0. Nippon Source Book Cyberpunk in the land of the Rising Sun.

Even though I should of, I didn't expect it to have different art, but it does and it's actually a lot better than original designs. They obviously used a Japanese Manga artist to do all the work and what you see above is Saburo, Kei, Yorinobu, and Hanako Arasaka. The art is so good I'm actually considering checking out the rest of the book to see the differences. 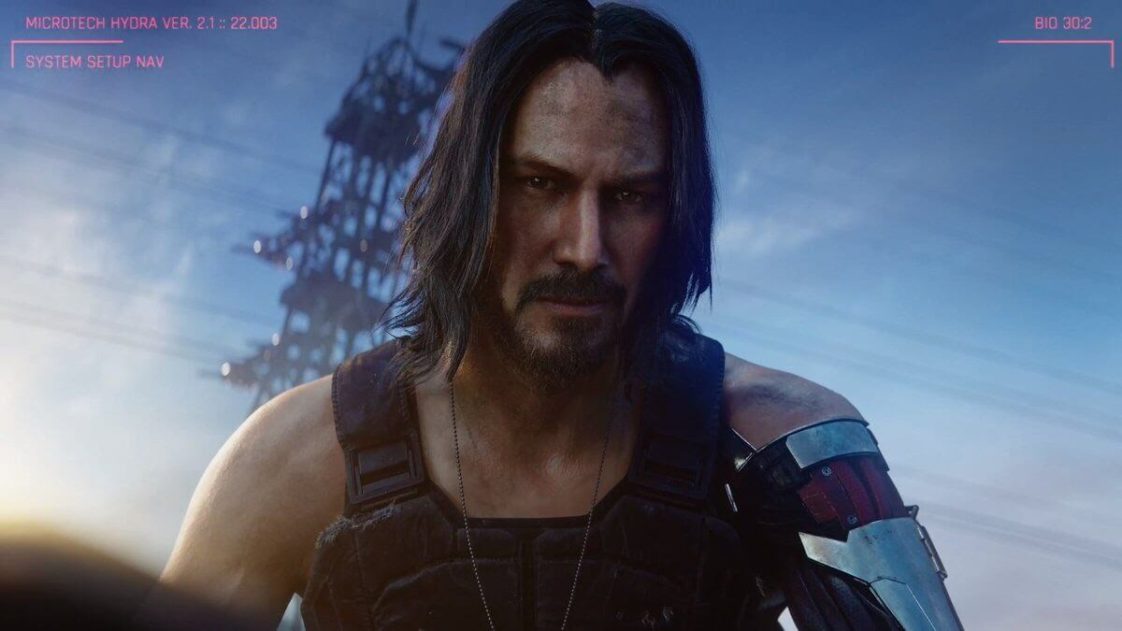 Cyberpunk 2077 Quiz: Do You Know Everything About This Hot Release? - Quiz GamesQuiz Games

Hi, maybe some will be interested, because I didn't find information on this wiki. Cyberpunk: The Arasaka's Plot - licensed mobile game by J2ME. Unfortunately I don't know anything more than what's here, and I'm not very good English speaker to write an article about it.

Hi spectacular people, does anyone know what "crypropalan" is? It seems the fourth corporate war took place all because IHAG wanted to start the production of this thing and tried to take OTEC's market share. Some kind of invented chemicals? Is there any information about this thing? Thanks punks!

1. Should I wait for a new console? I’m worried they’ll announce a new one and I’ll lose out in that sweet deal. Could always buy cyberpunk again though.

2. How big will each district be? I’m sure they are all a decent enough size but no one knows the exact size of the map. I’m curious and concerned. What if it’s to small? But that’s crazy talk I’m sure they’ll do great.

3. I wonder how fluid the class system is? I mean they say it’s pretty fluid. But I wonder if I could nitpick I’m each class to pick the ones that I think makes my character unique and awesome.

4. I’m sick of this drama evolving around the game. I’m sure it’ll pass over, just like gta had their light. But I understand what needs to be in it to make this game the game it is. I welcome it with open arms

anything else anyone wants to add on? Anyone thinking about anything? Wishing for maybe? Comment what type of guy you want below.

I wanted to read up on the lore of the franchise and I wanted educate myself before I jump into Cyberpunk 2077. What are the most important world events from the pen and paper RPG that I should research?

Saw this interesting video about Cyberpunk 2077 today, might be useful or just nice to share for you all. 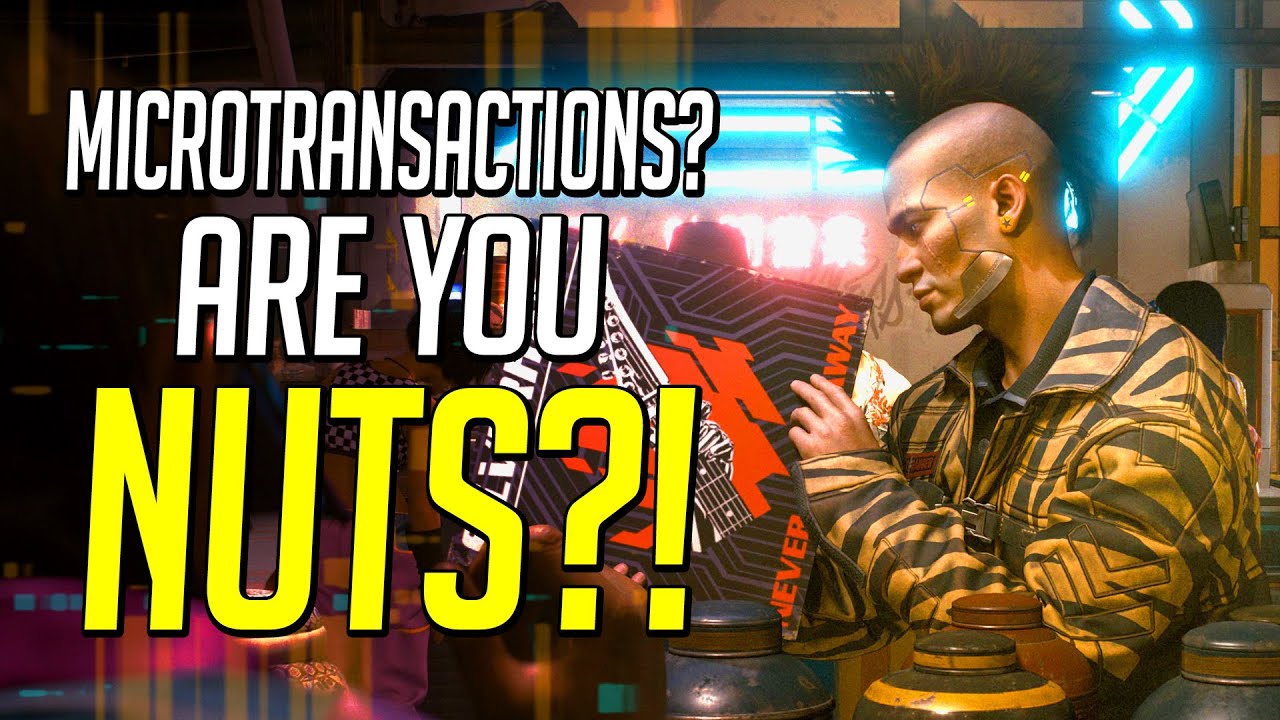 Here's a pretty good interview in the below link. While there's not a ton of new information, it seems to suggest development might be in an earlier stage than anticipated (or hoped). Still a fascinating look into the process of bringing Cyberpunk to life, though.

Hi all and welcome to the new and improved wiki, i am the new admin here, adopting it from the less-than-active previous team. I Want to be able to make this wiki THE place to be for Cyberpunk information, on both the classic series and the upcoming video game.

For all newcomers, please take a look at the Wiki Policy and the pages needing creating, both have links on the front page. 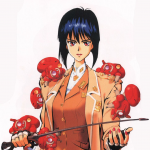 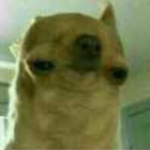 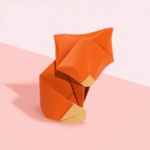 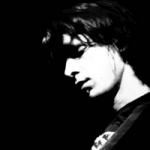 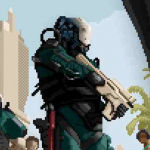