What's on your mind?

I have noticed that the clothing pages for the rocker pants, etc. say that you have to have Body of ... to open the cages. I have found most of them accessible by dropping in from an opening on the top or in the case of the rocker boots along the side of the cage.

To complete his story it is convenient to include the perfil of his friends and colleagues of NCPD Juan Mendez and Nadia Petrova. 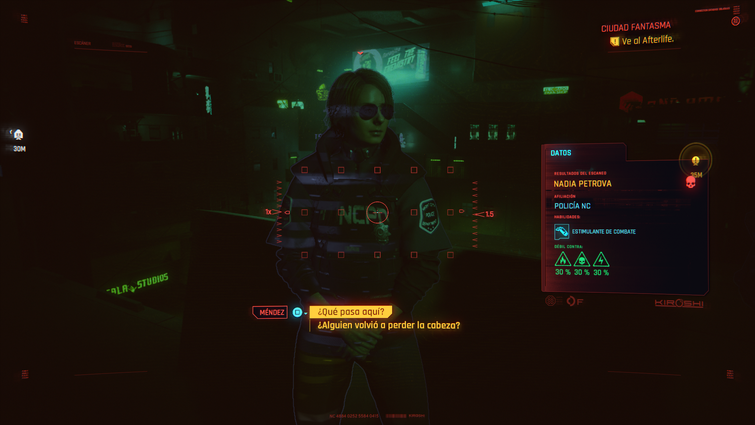 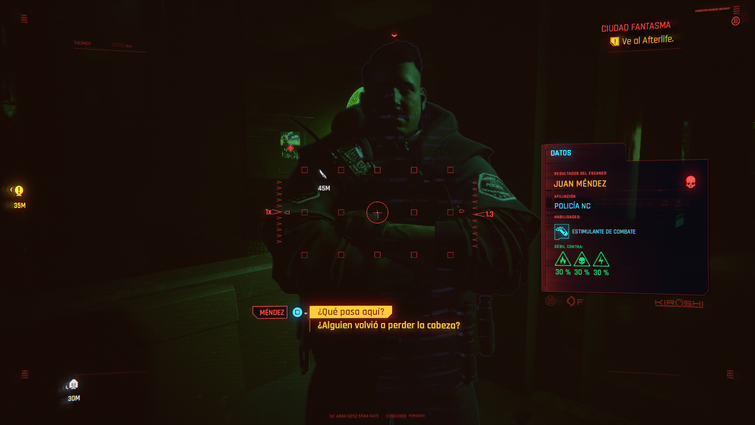 The Wiki states that if one has a Shock and Awe Mod equipped, it is possible to detonate the grenade on his face. However, I do not have that Mod and I still managed to detonate the grenade. In the clip, it looks like I’m either hitting criticals, or lucky shots on the grenade itself. My two guesses are either I managed to hit a precise spot that caused the detonation, or (more likely) I hit the grenade enough during the fight to cause it to detonate. Further testing is needed to know the exact cause, and I will reiterate that I did not have the Shock and Awe mod equipped; I know this because not only have I never seen it, I don’t know what type of mod it is.

So is Lizzy basically a brain in a machine body like Adam, or does she just have metallic plating and cyberlimbs?

Can anyone tell me what song judy was playing on the mission "automatic love" in her van? I swear I can't find the name.

Yes totally
Absolutely not
It is atleast playable 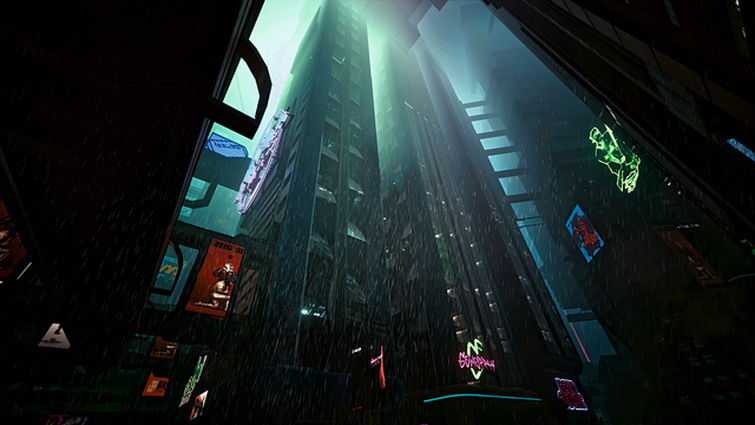 In what mission do you romance panam?

okay so saburo was confined to a wheel chair as at 2020 right? Okay so how is the dude walking better than most people do 57 years later

What level should I be to do this mission and everything after?

Also what perks should I have? And what attributes should I level up?

Title says it all. In the most recent patch is there anything still working just for the hell of it??

I some questions about leveling

And what’s a good way to level up?

I’ve been to the place that I’ve been told can get free legendary mantis blades for 3-4 times already but I still can’t find it in the box, is there any special requirements in order to get them?